Yes, it is very healthy

The Great Barrier Reef is in excellent condition here in the Whitsundays. 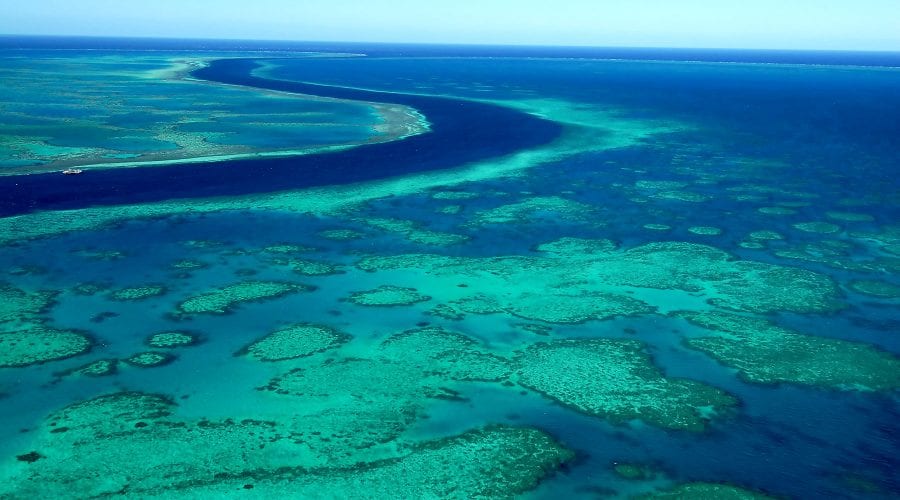 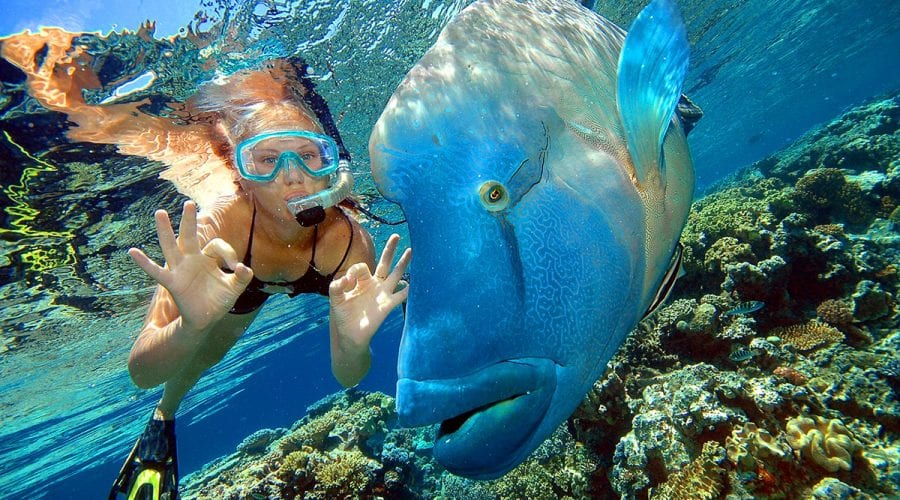 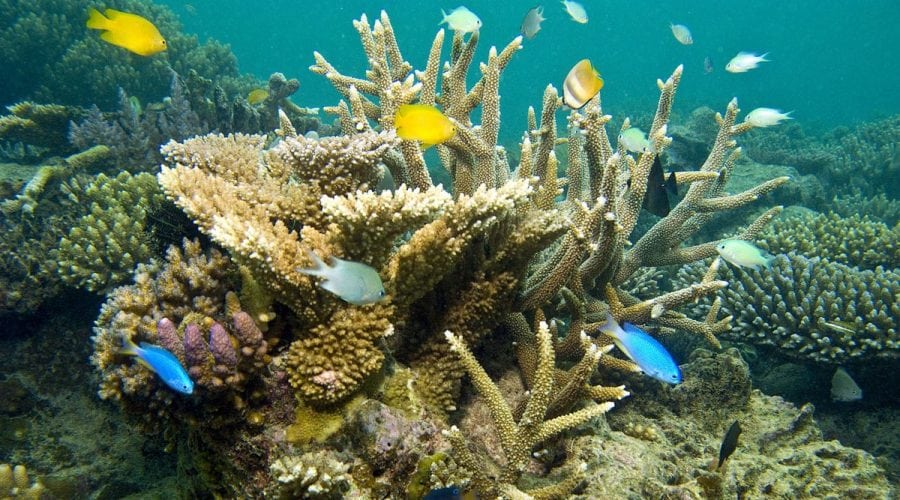 Let us show it to you 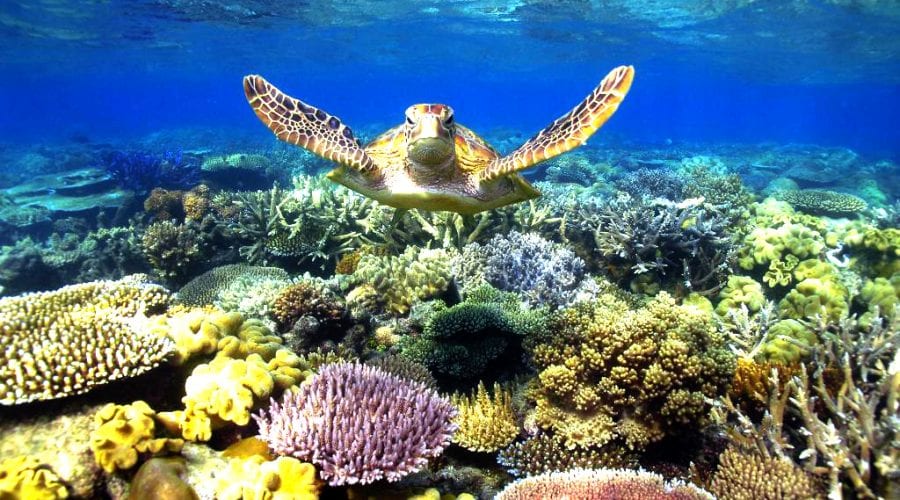 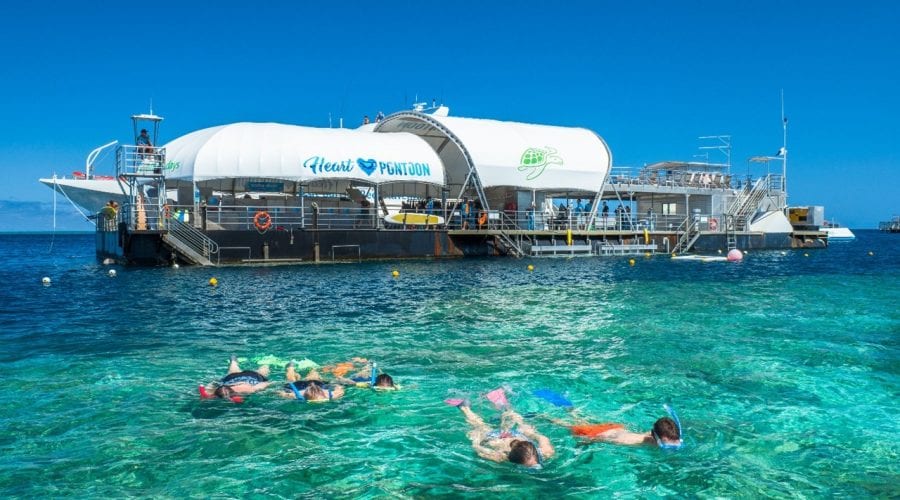 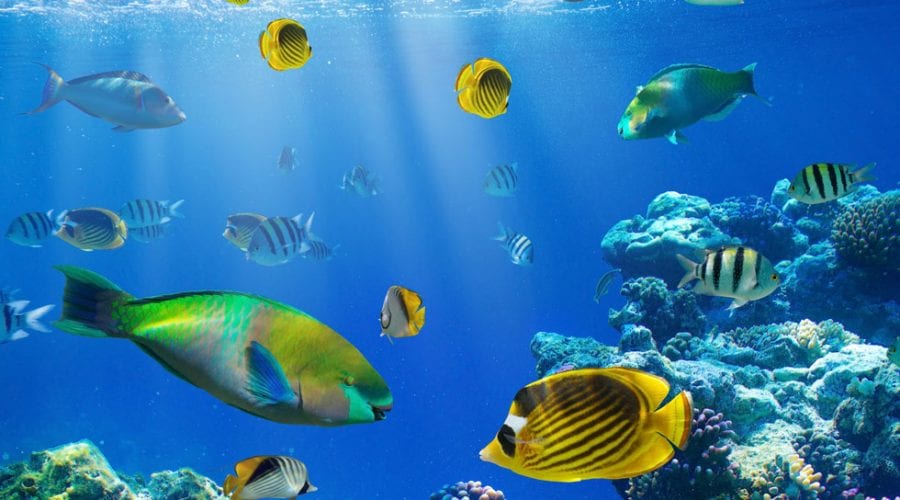 Considered one of the Seven Natural Wonders of the World, Australia’s Great Barrier Reef is our planet’s largest and most vital reef system. It’s comprised of over 2,900 individual reefs and 1,050 islands, which stretch out over 2,300 kilometres long. Encompassing an expansive 344,400 square kilometres, the reef is larger than the Great Wall of China and the only living thing on earth visible from space.

The Great Barrier Reef is one of the world’s great bastions of marine biodiversity. It’s home to 30 different species of cetaceans, over 1,600 species of fish, 3,000 species of mollusk, around 125 species of sharks and stingrays, and 220 species of birds. It also harbours the world’s largest dugong population and major breeding grounds for six species of sea turtles.

So it’s no surprise the Great Barrier Reef was declared a UNESCO World Heritage Site in 1981, praising it as “the most impressive marine area in the world.”

Being a living ecosystem, the Reef is subject to the effects of climate variations, runoff from the mainland and many other threats to its survival.

Due to its location, any runoff from the mainland has little effect on the visual quality of the waters at the Reef here in the Whitsundays.

At many other destinations the Great Barrier Reef is closer to the mainland and at times of heavy rainfall, many rivers flow into the ocean causing cloudiness of the waters.